After a 6 day stretch at work I needed something really yummy, and potentially a bit posh (!) to perk me up- and keep me awake for the evening.  At Middle Farm Shop I bought 2 partridges so adapted a recipe we do with quail- it’s quite funny as Colin has gone off chicken but really enjoys the more gamey little birds, especially when crispy and tasty. 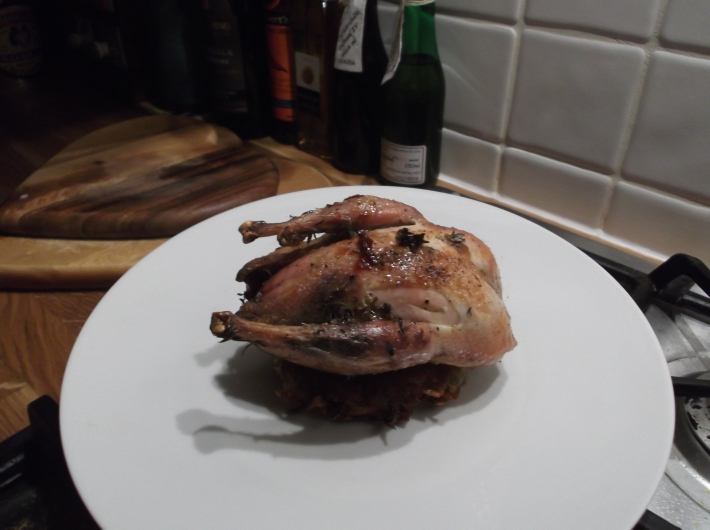 The partridge were simply roasted in a hot oven for 40 mins with a scattering of salt, pepper, olive oil and fresh thyme.  I basted them from time to time as they can go a bit dry- but not these little lovelies- juicy and crispy at the same time!

The partridge is sitting on top a latkes, adapted slightly from the Ottolenghi ‘Jerusalem’ book.

handful of chopped chives or thyme 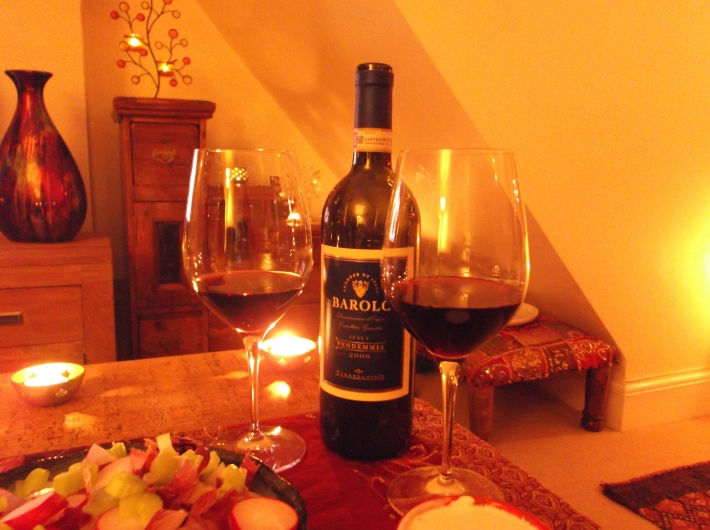 Enjoyed with a good bottle of Barolo, some crunchy salad (red and white chicory, radish and celery) and a lovely husband- who finished his plate.